INTERNATIONAL SUGAR CORPORATION has solved a couple of acute problems and moved on to the project implementation.
At the meeting of the Rostov Region Governor Investment Advisory Committee, Minister of Agriculture Vyacheslav Vasilenko has shared a few words on the construction progress of the first sugar plant with processing capacity 12 000 ton of sugar beet per day. The future plant production capacity should come up to 1 700 ton of sugar per day.
Reportedly, ISC CJSC has acquired ownership of 224 ha land and performed a set of engineering design and survey works. The land recategorisation is currently in progress. “Rostovoblgaz” OJSC has consented to natural gas supply and delivery. And GAZPROM OJSC has given ISC its consent on natural gas being the principal fuel type accordingly. Performance specifications along with a draft agreement on technological connection to power network have been provided by “MRSK Yug” OJSC, and “Rostelecom” OJSC has provided performance specifications on communication services connection to the project facilities. As on October 1, 2013, the investments amount came out at over 200 bln rubles.
‘The Governor addressed a letter to SBERBANK and Rosselkhozbank and negotiations with them are currently in progress. The progress with SBERBAK has been even bigger. Moreover, the project has gained support of President Vladimir Putin and so far the government has, on its part, confirmed possibility of the plant construction.
Furthermore, the Russian Railways have given preliminary confirmation of a new railway line construction that will access the sugar plant without affecting the Tselina “Yug Rusy” grain storage. It should be noted that the project implementation is to be completed in August 2015.
Let us remember that ISC has set itself a task to build six new sugar plants in Russia and to reduce import and increase domestic sugar production. The first project will be located in the Rostov Region Tselina district. The sugar plant construction is carried out in cooperation with SUCDEN, France. 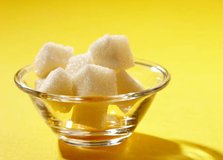