January 16-17, 2014, a working session involving ISC CJSC President Petr Panteleev, “Yuzhtechmontazh” CJSC General Director Vitaly Svitenko, “Kirovsky konny zavod” CJSC General Director Vladimir Cherkezov, members of the general design contractor “Kohlbecker & Antonyuk” LLC, the design contractor on the French part “De Smet Engineers & Contractors” and a number of French leading companies took place in Paris.
The parties have reached an agreement to create a Consortium for the turn-key sugar plant construction performance. This Consortium will be formed by French leading technological equipment manufacturers and suppliers along with Russian companies in association with ISC CJSC and “Yuzhtechmontazh” CJSC – the construction and installation works contractor.
The French side has confirmed its intention to participate in financing of the project implementation to the extent of not less than 45 mln. Euro. The total investment amount should come up to at least 300 mln. Euro.
It should as well be mentioned, that the question of raw material supply to enable plant operation has been discussed at the meeting as well. 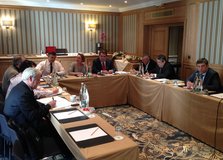 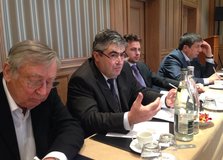 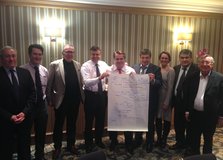 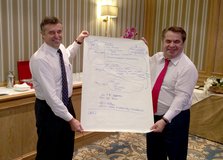