At the meeting of the Rostov Region Governor Investment Council it was decided to consider possibilities to speed up the project implementation process. Besides, the project of ISC CJSC has been included into the ‘100 Governor Investment Projects’ priority list that will enable it to receive additional support.
“The past year has been a turning point for the project. Primary target questions of land parcelling have been solved and construction documentation expertise has been completed. The investor has raised the necessary amount of internal funds as well. Moreover, both Russian and foreign companies have been brought onboard as financial partners. By the 19th of February, 220 mln Rubles have already been invested into the project implementation process. Pursuing the project financing aims, there were intercessions forwarded to the largest banks, and eventually the Rosselkhozbank has confirmed its readiness to be a major loan supplier, - explained Deputy Minister of Agriculture and Food of the Rostov Region Anatoly Kolchik.
Let us remind that ISC CJSC has launched a ‘pilot’ project of the First Donskoy Sugar Plant construction in the Rostov Region. Processing capacity is 12 thd tons of sugar beet per day. It should be noted that the company has set itself a task of building six new sugar plants in Russia, reducing import and increasing homegrown sugar beet volumes. The first of six projected plants will be situated in the Tselinsky district of the Rostov region. Sugar plant construction is performed in cooperation with French company SUCDEN. Total investment amount comes at 10 billion Rubles.
It’s worth mentioning that the International Sugar Corporation has made a settlement to form a consortium for the sugar plant turn-key construction realization. In fact, this Consortium will be formed of leading French companies – manufacturers and suppliers of technological equipment – and Russian companies, together with ISC CJSC and Yuzhtechmontazh CJSC – the construction and installation works contractor.
"100 Governor Investment Projects" is a list of priority investment projects that are being implemented under the supervision of the Rostov Region Governor and receive preferential support. Most of these projects are implemented in traditional for the Rostov region fields – agriculture, industry, fuel and energy sectors – within the Rostov-on-Don area and Aksaysky district. 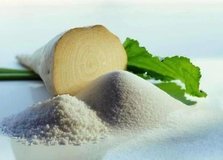