A day before, on February 19, at the meeting of Investment Council chaired by Governor Vasily Golubev it was decided to extend the ‘100 Governor Investment Projects’ priority list by four more enterprises.
One of the new projects to receive additional support is the First Donskoy Sugar Plant, construction of which in the Tselinsky district is undertaken by the International Sugar Corporation. So far, about 220 million Rubles have been invested into the plant of processing capacity of 12 thousand tons of beet per day.
The International Sugar Corporation (CJSC) General Director Petr Panteleev thanked the Governor for support granted at the investment forum in Sochi that gave the Don project a big international co-investor. Consortium that will embody leading Russian and French companies – manufacturers and suppliers of technological equipment – will provide a credit line of 50 million Euro. The start-up of the plant is scheduled for 2016. The project total cost is 10 billion Rubles, and its implementation will allow to create 500 new jobs in the area. 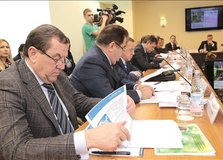 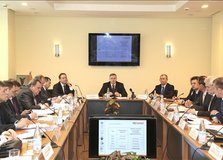 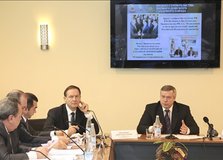 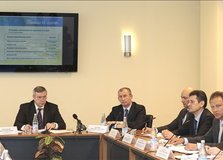 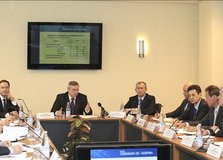