Water is important in the technological processes of the sugar industry. No wonder that the sugar industry is considered its largest consumer. The use of water begins with the washing of raw materials entering the plant, which is an important technological process for cleaning raw materials from the earth and debris left after harvesting. At the same time, the manufacturer pays high attention to this process to avoid excessive washing in order to avoid the loss of sucrose along with the washing water.

In the production of beet sugar, beets are cut into shavings and for the separation of sucrose, water washing is used in diffusion devices at a temperature of about 70C. Sucrose extraction is carried out in the next step after washing the raw material.

The country's demand for fresh industrial and drinking water at the sugar factory is about 600 thousand cubic meters per day.

In March 2020, construction of a new water pipeline in the Tselinsky district of the Rostov region began. Thus, the First Don sugar plant will be fully supplied with water and given the large-scale technological processes using water resources in the production of sugarand will become the largest consumer of water in Tselina. 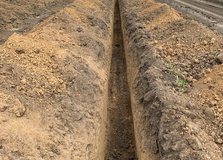